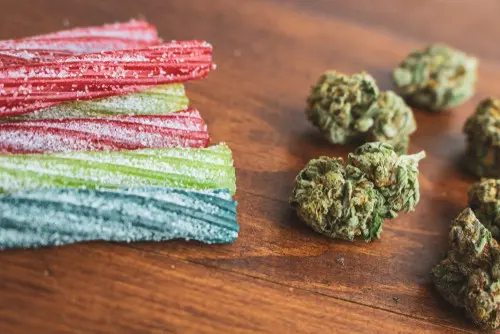 CBD is one of the major cannabinoid compounds present in the hemp plant and possesses a wide range of therapeutic effects. It is being widely used as a natural remedy for many of the health disorders, such as anxiety, depression, pain, arthritis, insomnia, nausea, Alzheimer’s disease, skin problems, etc.

Topical CBD products are the most common among the CBD products available in the market. They are mainly used for alleviating localized pain and treating several skin conditions. After the introduction of CBD products into the skincare industry, it began to grow rapidly.

Let’s take a look at some of the common skin problems that can be treated using topical CBD products.

Psoriasis is a skin condition that is characterized by the uncontrolled growth of skin cells. It is an autoimmune disease but the cause of the disease is still unknown. Scientists believe that it is caused due to a disorder in your immune system that starts attacking your skin cells by mistake. Psoriasis is often hereditary but it can also occur due to certain environmental factors and an unhealthy diet.

Psoriasis usually appears on your elbows, knees, and the edge of the scalp. White flakes or scales are formed in these regions, which is the result of the uncontrolled division of skin cells. Severe pain and swelling in the joints are other symptoms of psoriasis.

Several studies have proven that Cannabidiol (CBD) is a very effective natural remedy for psoriasis. Many health experts are now suggesting topical CBD products like CBD creams, CBD balms, and CBD lotion for the treatment of psoriasis. Some studies have shown that CBD can slow down the uncontrolled cell division and it has anti-inflammatory properties that soothe the symptoms of psoriasis.

Most people have a false belief that only teenagers suffer from acne and skin impurities. However, acne can also occur in adulthood. Stress, hormonal imbalance, improper skincare, unhealthy diet, etc. are some of the common causes of acne.

The main purpose of the oily secretion sebum is to protect your skin and avoid dryness. But when it is produced in excess, it gets accumulated in the skin pores along with dead skin cells and Propionibacterium acnes bacteria. Recent studies have shown positive evidence for the use of CBD topicals for preventing the formation of acne.

Studies show that CBD molecules can help in reducing the production of excess sebum in the sebaceous gland. This can be very much helpful for acne-prone skin because excess production of sebum is one of the main causes of acne. CBD has antibacterial properties that help in eliminating the bacteria that accumulate in the skin pores. CBD is also proven to have anti-inflammatory properties that can help in preventing the formation of red acne on the skin.

Atopic dermatitis is marked by intense itchiness and inflamed skin patches. It is a very common condition and is also called eczema. Infants and children are more likely to be affected by atopic dermatitis than adults. Eczema usually affects the inner elbows, arms, head, or back of the knees. The condition is noncontagious and can improve with age. Intense itching, red or grey skin patches, thickened, scaly skin, etc. are some of the most common symptoms of atopic dermatitis.

The exact cause of atopic dermatitis is still unknown but it is believed that your immune system has a role to play in it. Synthetic fabrics, stress, temperature changes, rough scratchy material, some chemicals, food allergies, etc. are some common triggers of eczema flare-ups. It was found that eczema is very common in children who are suffering from hay fever or asthma.

Atopic dermatitis is an inflammatory disease, which means CBD is an effective remedy for it because it possesses anti-inflammatory properties. When used as a topical ointment, CBD works well for treating the skin problems, including atopic dermatitis because it interacts with the endocannabinoid system present in our skin. Applying CBD cream or lotion on the affected region will help in soothing the itchiness and the redness caused by the condition.

Seborrheic dermatitis is yet another common inflammatory condition that can affect our skin. This condition causes red, scaly skin on the scalp and face of the person. But it may also affect your elbows, knees, behind the ears, etc. The excess sebum production from the sebaceous glands is one of the culprits in the case of Seborrheic dermatitis. 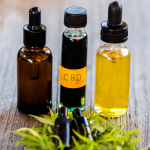 Full-Spectrum CBD Or Isolate CBD, What Works For Me? 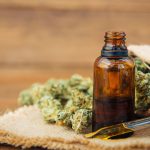 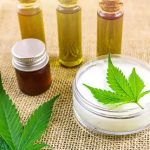 The Pros And Cons Of Using Cannabidiol (CBD) In Athletic Training 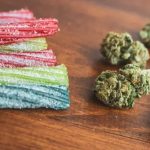 Why Vaping Is A Popular Method For Taking CBD

How Does CBD Relieve Pain? 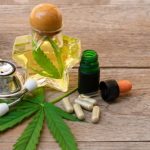 Full-Spectrum Hemp Extract Vs. CBD Isolate: Which Is The Right Choice For You